Back to Club News

A New Resource for the Hebeloma Genus 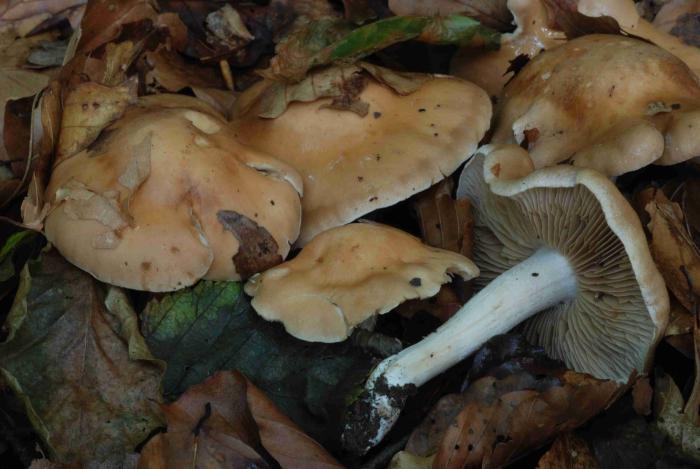 This information below was taken from the Hebeloma website:

"Hebeloma is a genus of fungi that forms part of the : They are ectomycorrhizal mushrooms, so they are symbiotic with various trees and shrubs; their hyphae interact with the roots of these plants and exchange nutrients and water. They form part of the underground network which exists throughout most of the world’s woodlands and forests. Indeed, in many of the world's woodlands, and in particular in arctic and alpine environments where willows are present, Hebeloma are an important and common group of fungi. They are also commonly found in boreal and temperate woodlands and more rarely in tropical woodlands.

This website is devoted to Hebeloma, commonly known as 'poison pies'. To date, we have studied more than 10,000 collections of Hebeloma from all over the world, almost 6,000 of which are from Europe and over 3,000 are from North America. Our study involves both morphological and molecular analysis, combined with habitat and locality data. While the habitat and locality data is only as good as the collectors observations, an analysis of the data does provide some biogeographical information for each species. In this first release of the website we provide full descriptions of all the species of Hebeloma that we regard as 'current'. As well as the species description, descriptions of all the collections on which the species is based, are also provided."